Klee is a playable Pyro (fire) character in Genshin Impact Game.
The child of the brave – and destructive – adventurer Alice, Klee takes after her mother in several ways, much to the dismay of the Knights of Favonius, whom she has been trusted to.

Knights of Favonius Spark Knight! Forever with a bang and a flash! – And then disappearing from the stern gaze of Acting Grand Master Jean. Absolutely, time in solitary confinement gives lots of time to think about new gunpowder formulas…But it’d still be better not to be in solitary in the first place.

An explosives expert and a regular at the Knights of Favonius’ confinement room. Also known as Fleeing Sunlight.

Klee is an active and friendly girl, with Jean remarking that she takes after her mother, Alice. She acts like a typical young girl – full of energy and enjoys playing with her friends. She has a special talent for creating explosives and is not fazed by sound, which most people find terrifying. She loves everything that blows up, such as Amber’s Baron Bunny. Her definition of playing is throwing explosives all over the place; she is especially fond of “fish blasting,”; throwing bombs in lakes full of fishes. Whenever she heads out of the city to play, she always remembers the “survival rules” that Kaeya gives her and always adheres to them. However, she usually causes a disaster.

In part due to her young age, Klee can be very naive at times and can be easily confused by topics she doesn’t have any context on, such as mistaking Mondstadt’s wine industry as a monster and wonders why Diluc is always grumpy. She is afraid of getting in trouble and often flees to avoid getting reprimanded.

Despite being an official member of the Knights of Favonius, Klee’s antics usually cause Jean to send her to solitary confinement so she can think about her actions. She shows some self-awareness over her actions, but her obsession with explosives often overrides her self-reflection as she goes off to brainstorm and develop the next explosive. 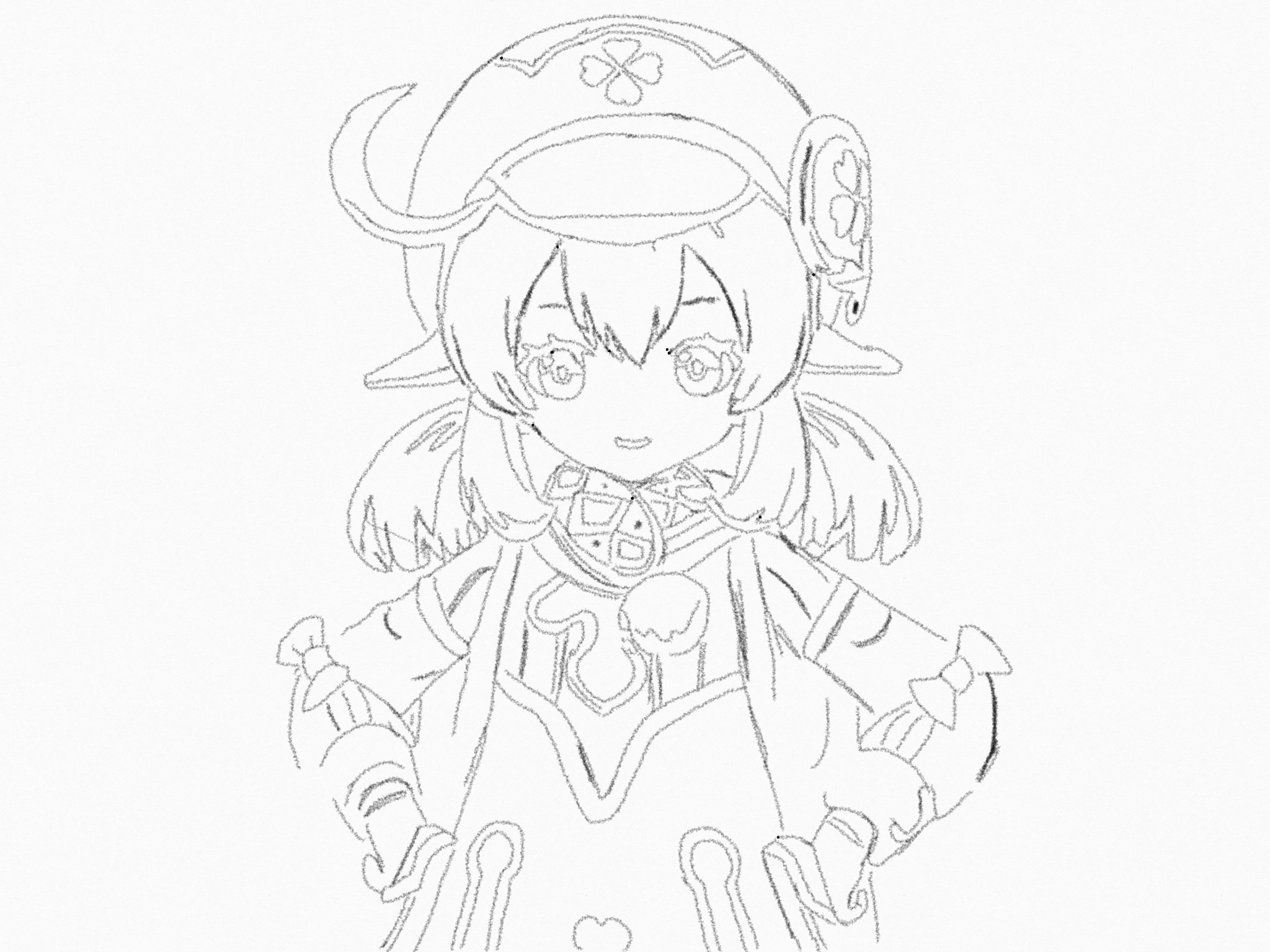 Klee loves her fellow knights as they always try to keep her happy, although she has other organization friends, all of whom she enjoys spending time with. She is unusually fond of Kaeya and Albedo, the former giving her the “survival rules” and the latter being very kind and patient with her.

She loves fluffy things and basses but has an unusual aversion to crabs as she claims that it takes too long trying to de-shell them.

Klee is a small girl with pale skin and light red eyes. She has pale blonde hair tied in pigtails with a prominent cowlick and elf-like ears.

Klee wears a red coat with a darker red embellishment and keyhole shapes in the hem over a white dress and shorts and a fluffy scarf with a pom-pom, gloves, knee socks, boots, and a brown messenger bag. Attached to this bag is Dodoco, a furry, woodland animal-shaped pom-pom made by her mother and her Pyro Vision. Klee wears a sizeable red newsboy cap with a pin featuring a clover insignia and two white feathers.